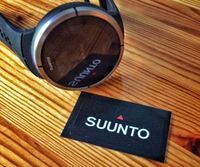 Don't buy the Suunto Spartan Ultra. It's sad to be able to write such a simple review of a complex and expensive watch like the Spartan Ultra, but the product as it stands in October 2016 is far from acceptable. It's possible that over time the software updates will correct many of its deficits, but I think it may be a long road with an uncertain outcome. This review is based on my initial impressions, and I'll expand it as I gain more experience. I wouldn't normally write a review this early, but I believe the clear issues with the Spartan justify some early warning. For a watch to be this bad is rather grim, but it this price it seems more like a cruel joke.

So far, there are no reports of the Spartan catching fire, so it's ahead of the Samsung Note 7. Beyond that, it's hard to find much I like. The watch strap is quite soft, and the watch is made of quality materials but the Garmin Fenix 3 seems nicer to me, and it's a lot cheaper (though still expensive.) As I expand this review, I'll dig into some of the features that have promise, like the Navigation options, but even there other watches do it better for far less.

This is far from an exhaustive list, but it gives you the highlights.

Normally I give a link to each product I review on Amazon, and I get a commission from the sales. I buy all the gear I test using the same outlets as any other runner, which allows me to write critical reviews free from the concern that the manufacturer won't give me freebies in the future. I don't review the products for the financial benefits, but it does provide the money to buy new gear to test. (I do buy gear to test that isn't available on Amazon, like RunScribe. There's no benefit to me, but it fits in with my goal of supporting the running community.) However, I can't in good conscience give a link for you to buy the Spartan Ultra. If you really want the Spartan, I'd recommend holding off for a while to see if they can improve things. If you've already got a Spartan, I can recommend a MilestonePod so that you'll have a better idea of how far you've run.

3 The Spartan Ultra in Context

To understand my angst with the Suunto Spartan, let me compare it to another device, the TgForce. Neither device is ready for prime time as they both have missing features and significant bugs. However, the problems I'm seeing with the TgForce are exactly what you'd expect from a small startup, while the Spartan comes from a major company. But more importantly, the TgForce sensor is a new and novel device that has the potential to improve a runner's form and reduce injury rates. This means that even though TgForce is not really ready for prime time, it's still an exciting device to use. On the other hand, even if Suunto can fix the problems with that the Spartan, all you'll have is a rather overpriced watch that doesn't do anything that existing devices don't already do, often better.

The Spartan has the worst GPS Accuracy of any watch I've tested, but to back up the numbers and to visualize things in a more qualitative way I've included the images below of the GPS tracks from one part of the testing course. Below are the tracks from the latest firmware (1.4.6), along with the earlier firmware I tested (1.2.4) and from the Suunto Ambit3 which is one of the most accurate watches I've tested. You can see that Suunto have improved the accuracy with the 1.4.6 firmware, but the Spartan is still the least accurate watch I've tested. The firmware release says "A fix to GPS signal filtering, reducing the number of cases with large location offsets in GPS tracking experienced by some users" and you can see that the new firmware doesn't have the problems with offset tracks in the same way that 1.2.4 did. However, though the accuracy has improved it's still appalling. The blue lap markers are scattered, highlighting positional inaccuracy, though that's improved with this firmware (my analysis focuses on the distance measurement.) Most watches have a problem where the path curves in the middle section, and the Spartan does badly here, though there are a few green lines indicating that occasionally the Spartan is close. The Spartan does badly in the sharp turn on the right side of the picture, an area where most watches do surprisingly well. The section under the bridge doesn't show any obvious signs that the Spartan is failing to reacquire the GPS signal, though there the shape of the tracks to the right of the bridge is a little odd. Overall, it's good to see that Suunto have improved the GPS accuracy, and it's a statically significant improvement (p<0.05) but they have a very long way to go. The tracks look better, so if the problems won't be quite so obvious to a casual user, but the distance measured can be wildly off.

There are some suggestions online that syncing the Spartan before you run will improve GPS accuracy. The idea is that the sync will update the cache of satellite information (SGEE), which in turn will improve accuracy. This satellite information is a prediction of the GPS Ephemeris data, which gives information needed to use a satellite's signal for calculating the watch's position. Because it takes about 30 seconds to get a satellite's Ephemeris, having it preloaded reduces the time to get a usable location (Time To First Fix, TTFF.) This predicted Ephemeris data is not typically used to improve accuracy, but a publication from Telit suggests otherwise for the chipset used in the Spartan. The document is rather ambiguous, but I interpret it to mean that for the time between the watch getting an initial fix using the SGEE data and getting the true Ephemeris from the satellite the accuracy will be compromised. Given this should only be for a minute or so at the start of a run, this shouldn't have a practical impact. It's possible the situation may reoccur mid-run as satellites drop below the horizon and others rise up, as the watch will use SGEE data until the new satellites Ephemeris has been downloaded. To test how this worked in practice I did a few runs with the SGEE data expired (>7 days since the last sync) and I found that the GPS accuracy was not impaired. If anything, the accuracy might have been better without SGEE data, but I didn't collect enough data for statistical analysis. Of course, it's possible that slightly stale, but usable SGEE data might cause a problem. To test that I'd need to wait for a few days between syncing and gathering data, and repeat that for every run, which would take ages.

5.1 Score Breakdown without a Footpod

5.2 Score Breakdown with a Standard Footpod

5.3 Score Breakdown with a Stryd Footpod