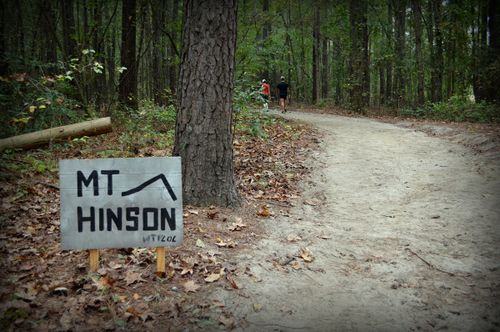 The trail that ascends 'Mount Hinson', which is a shallow if sandy climb the first time around, and then slowly gets steeper with each passing lap. (Copyright Frank Lilly, used with permission.)

Hinson Lake is a 24 Hour race around a 1.52 mile sandy trail loop. The first half is quite flat, and the second half has a few rolling sections. 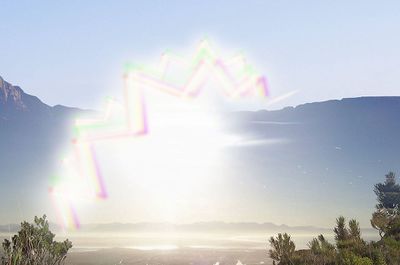 An artist's impression of a migraine aura. My jagged lines are yellow rather than multicolored, but otherwise this is a good representation. I also get an area where the vision in missing, rather like looking at a bright light and then looking away.
Retrieved from "http://fellrnr.com/mediawiki/index.php?title=2012_Hinson_Lake_24_Hour&oldid=6066"
Category: