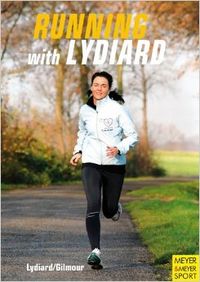 Arthur Lydiard coached many elite runners in the 1960's, and his marathon training program dates from that period. Lydiard is famous for requiring his runners to run 100 miles per week, which he felt was an optimal distance. He didn't choose the 100 miles/week as a round number, as he was working in Kilometers, so he actually prescribed 160 Km/week. While this may seem like a lot of miles, in reality he required a lot more from his athletes. These runners were covering 100 miles/week at "near best aerobic effort", plus another 100 miles/week of easy running. Even his athletes with the lowest mileage were covering about 150 miles/week. Lydiard himself experimented with running between 50 and 300+ miles/week at what he described as "close to my best aerobic effort". Of course, these athletes are all elites, but that's the focus of the Lydiard plan. The plan seems remarkably tough to me, even for elites. Lydiard is often thought of as focusing on Long Slow Distance (LSD), which is not really the case. Lydiard requires a lot of hard running, but he does recommend adding in as much slower running as is possible. (This article should be read in conjunction with my Comparison of Marathon Training Plans.)

To give you a sense of how tough the Lydiard plan is, here's a week from the experienced plan:

In addition, athletes should run as much slow paced running as possible to increase overall mileage.

The tables below focus only on the longest run of the week, and Lydiard more than other plans requires long runs on other days. Because Lydiard uses time rather than distance, I've made some pace assumptions in order to analyze the runs. I've used Lydiard's comments that the pace should be 70-99% of aerobic capacity as a guide; for a 3 hour marathon runner I assumed "Long Aerobic Running" is 7 min/mile, and jogging is 8 min/mile, and for a 4 hour marathon runner I've used 8 min/mile and 9 min/mile.

4 Comparison With Other Plans