Altra is one of the few companies that make running shoes designed to fit a healthy human foot. It seems bizarre that most running shoes are designed to induce foot damage, until you realize that this is true of virtually every shoe, and society has become so used to badly designed to shoes that an anatomically correct shoe looks strange. A shoe designed for a healthy human foot will also feel strange, and it can take some adjustment to work out what the correct fit should be. Many Westerners have worn damaging shoes for so long that they have bunions, or the beginning of bunions, as their feet become twisted to fit these poorly designed shoes. Often people confuse Altra shoes with wider/shorter shoes when actually they are fairly average in their length-to-width ratio, just with a human-shaped toe box. In addition to being designed to fit a healthy human foot, the Altra shoes are close to zero drop, allowing for rather more natural biomechanics. I've run in most shoes that Altra makes, so this page is an overview of their range. 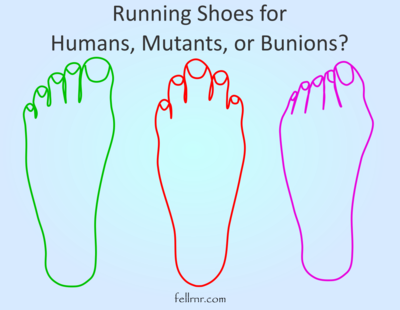 Altra are one of the few companies making shoes designed for the healthy human foot.

Altra's road shoes vary quite a bit in their weight, cushioning, and target market. There is no easy way of putting the shoes into categories or organizing them naturally, so the order below is based on my shoe rating.

The Altra trail shoes can reasonably be put on a spectrum of cushioning/protection, from the King MT that's relatively minimalist through to the Olympus that massively cushioned. I think the Timp is the sweet spot, though the Superior/Lone Peak comes a close second. However, I really like the entire range, using different shoes depending on how much protection and cushioning I need.