To better understand the various Marathon Training Plans, I have created a survey that is currently accepting responses. To respond to the survey, please go to Google Forms Marathon Survey.

We need a lot more data, but below are some initial results. These results are based on some post processing of the raw data, so they are not updated in real time.

The Marathon survey attempts to gather data at the specific plan level, but until we have more data I will summarize it at the "meta-plan" level. For example, all of the Jack Daniels plans, such as Plan A, 2Q, etc., are all just considered "Daniels." You can also see a count of the number of entries for each plan in the table below. 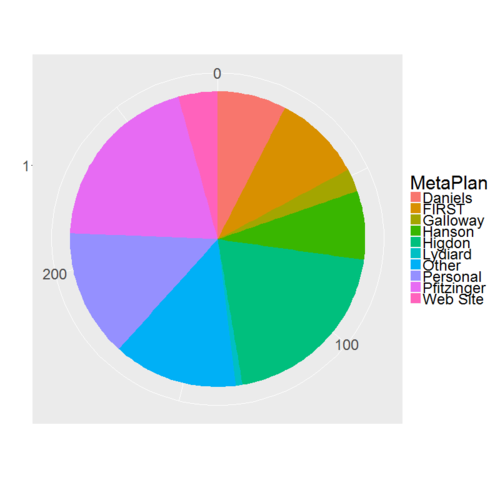 This pie chart shows the popularity of the various marathon training plans.

This table shows the basic numeric analysis of the survey results so far. Some of the columns include a plus/minus value (standard deviation) which gives you an idea of how far the results vary from the average. Because many of the answers are optional, I've included the number of answers to the specific questions after the "#".

Some observations and notes:

Most runners like their plan, with average ratings above 3.0 for all plans. FIRST, and Higdon have a few one/two star ratings, and Pfitzinger/Hanson have some two star ratings. 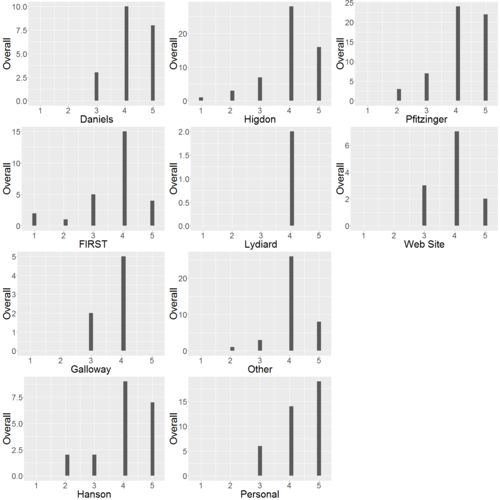 This shows how satisfied runners are with their plan out of five points.

This is similar to the overall rating, though runners are slightly more likely to recommend a plan than their rating would suggest. 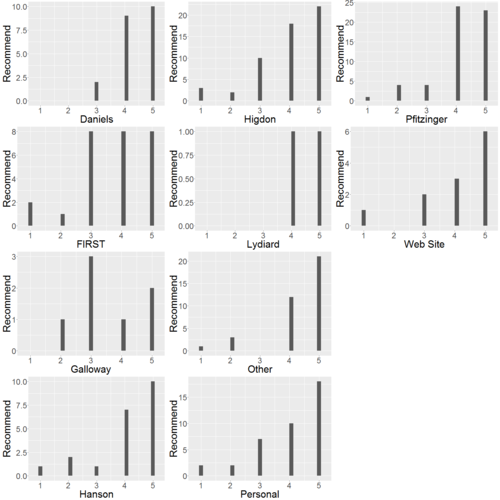 The ratings for "would you recommend this plan"

The distribution of runners inclination to use their plan again is interesting. Generally, runners seem to be inclined to use the same plan again. Higdon and FIRST have a rather more doubtful runners, while Hanson uses are more positive. 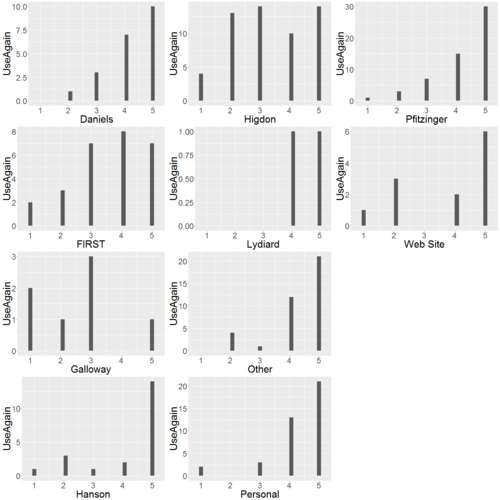 How likely are you to use this plan again?

6 How Many Previous Marathons?

The charts below show how many previous marathons the runner has completed. The average for all plans is just below two, which is about what I'd expect given a reasonable sampling of runners. I'm a little surprised by how many relatively inexperienced runners use Jack Daniels, but even more surprised by their use of Pfitzinger given that it's intended for advanced marathon runners. 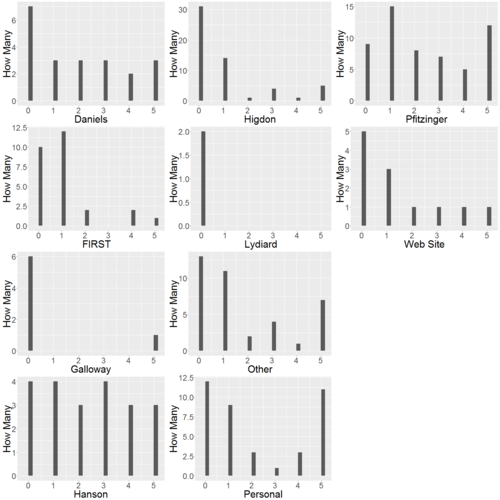 This shows the distribution of the number of previous marathons each runner had completed prior to using the plan. Note that the value of "5" actually means five or more.

7 Length of the Longest Long Run

The average longest Long Run is over 20 miles for most plans, which is no surprise. I don't have enough data to report on the Long Run distance against the risk for Hitting The Wall, but preliminary results indicate the reasonable expectation that the risk goes down with longer long runs. 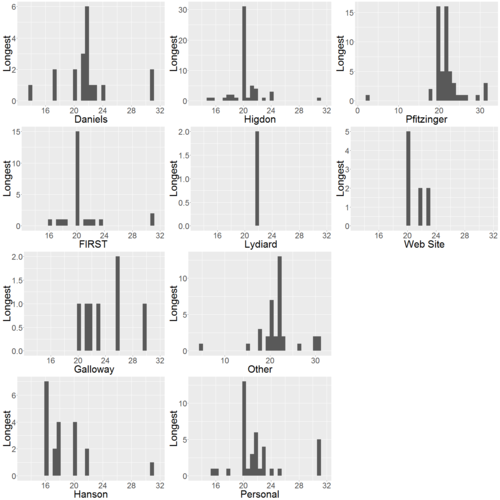 This is the distribution of the longest Long Runs.

Most runners seem to feel long run is about the right length. Jack Daniels had a surprising portion of felt it was too short, as did Hanson. 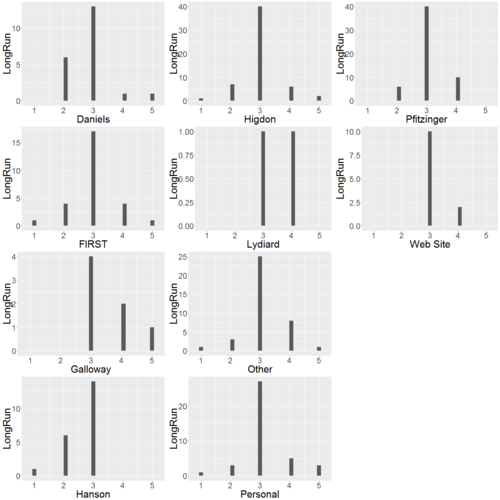 The rating for Long Runs, with 1=not long enough and 5=too long, 3=just right.

Hanson runners wanted more rest, though some of them also wanted less rest. Other plans seemed to get it more or less right. 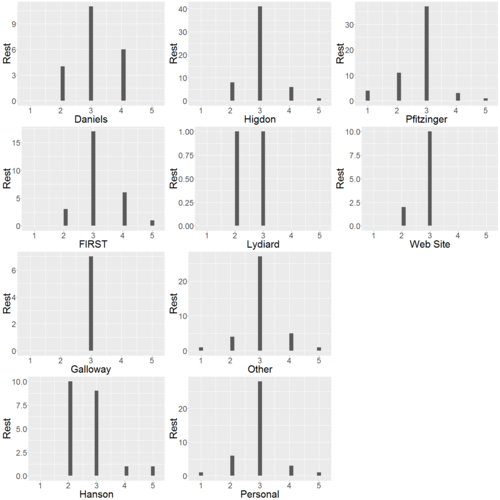 The rating for Speedwork, with 1=not enough and 5=too much, 3=just right.

Most runners seem happy with the amount of speedwork, though Higdon users were more likely to want more. 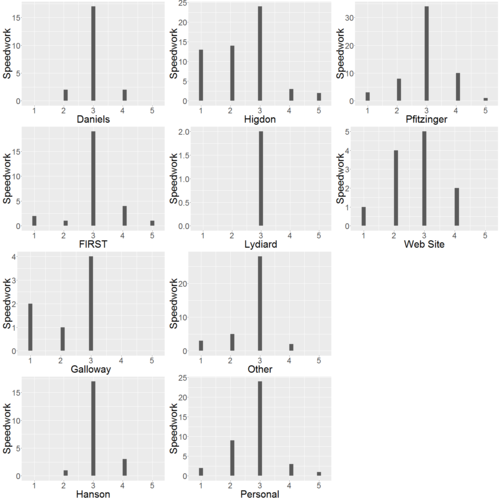 The rating for Speedwork, with 1=not enough and 5=too much, 3=just right.
Retrieved from "http://fellrnr.com/mediawiki/index.php?title=Marathon_Survey&oldid=9184"