Omega 3 is a type of fat that the human body cannot produce on its own, which is why it is called 'essential'. To understand what an Omega 3 is, we need to go over a little bit of chemistry. Fats are made from a long chain of carbon atoms, like this:

A simple chain of carbon atoms

A double bond showing the bend 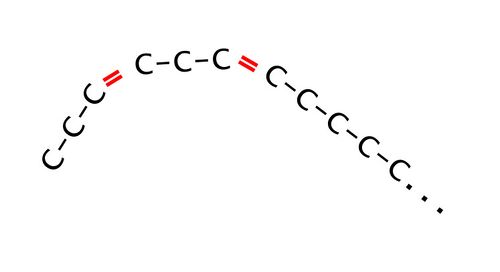 The name 'omega 3' comes from the fact that the bond between the 3rd and 4th carbon atoms is a double bond.

An Omega 3 fat with the bend at the double bond

An Omega 6 oil has a double bond between the 6th and 7th carbon atom.

An Omega 6 fat with the double bond further down the chain.

Omega 6 oils are also essential, but they are also quite plentiful and we tend to get too much Omega 6 and not enough Omega 3.