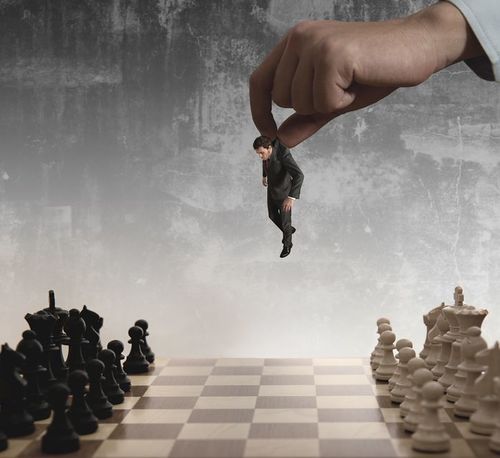 Do you feel in control or your life, or do you feel like you're just a pawn? The Internal Control Index is a way of quantifying your feelings.

The Internal Control Index is a way of measuring Locus of Control, which is the extent to which individuals believe that they can control events that affect them. Individuals with a high internal locus of control believe they are in control of their lives, while those with a low internal locus of control believe that other factors control their life. This has a big impact on Motivation.

To use this index, use the dropdown to show how you would answer the questions below. The values in the drop down are defined below:

Please note that this page requires JavaScript to be enabled.

2 The meaning of ICI Values

The ICI questions will give you a number in the range 28-140, with higher numbers indicating a more internal Locus of Control (LoC). The value 84 is the center of the scale, indicating neither an internal nor external LoC. Values below 84 indicate a belief that your life is controlled more by external forces than yourself, and the lower the value, the stronger that belief in the power of external forces. Likewise, values above 84 indicate a belief that you are in control of your own life, with higher values indicating stronger belief in your own power. However, 84 is not an average or normal value. A 2003 study of 100 people, 50 with high school education or less and 50 with graduate degree or higher found that those with a high school education or less had an average ICI of 99.7 (SD 14.7) where those with a graduate degree or higher had an average ICI of 116.7 (SD 12.3). The original ICI work examined 1,365 junior college, university undergraduate, and continuing education students and found average ICI values between 99.3 and 120.8 for various groups within the sample.

I asked in a recent survey people's ICI score and how they would characterize themselves. The results are shown below, which suggests there may be a correlation between ICI and running. However, the sample size is too small to draw any firm conclusions

Looking at just runners, competitive had an average ICI of 114 and non-competitive 111. Runners had an average of 103, marathon runners 111 and ultramarathon runners 114. Remember these are average values based on how respondents characterized themselves. The averages do suggest a possible correlation, but correlation is not causation. This means that having a higher ICI does not cause you to run longer distances, nor does running longer distances cause you to have a higher ICI. The values do suggest that people who run further or who are more competitive may have on average a higher ICI value, but this is only an overall average, and there is a wide overlap in value. Of course, XKCD puts this far better...