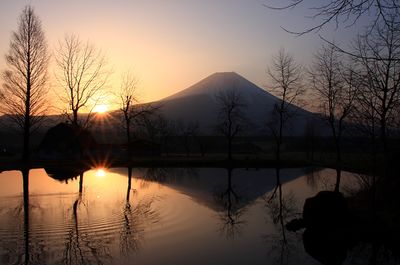 "Stillness in Motion" is a way of describing a state of running that includes efficiency, smoothness, and calm, but goes beyond each of those aspects. Stillness in Motion is most common at an easy pace, but it can also occur at extremely high intensities, such as a finishing kick. It is similar to, but different from Flow. There is similarity between Stillness in Motion and the stillness found in prayer and meditation.

1 Characteristics of Stillness in Motion

Stillness in motion is quite different from running meditation. In meditation there is intentional focus, so that your attention is directed to one thing. This is sometimes called "mono-tasking" and is typically effortful unlike the effortless stillness in motion. While different to stillness in motion, running meditation can be extremely valuable. I would suggest focusing on a specific aspect of your running form, such as your foot strike. Aim to focus for 1-2 minutes initially, and be totally focused on how your foot lands, what part of the foot makes contact first, how your foot moves while in contact with the ground, all while ignoring everything else. Your subconscious should be able to keep enough awareness of your environment to prevent you falling down a hole, but don't try this where you need to be aware of people or traffic.

The concept of flow, sometimes called "in the zone" is related to both meditation and stillness in motion. Flow is considered to be the confluence of great challenge and great skill, such as downhill trail running. Like meditation, flow is focused on the moment and is "mono-tasking", but while meditation is effortful, flow feels effortless and typically it's spontaneous. Like stillness in motion, flow is effortless, but where stillness-in-motion tends to be relaxed, flow typically involves a challenge. My experiences of running in the flow have all been while running downhill fast on challenging trails. There is a loss of self-awareness and a suspension of conscious thought as you react to the trail at an instinctive level.