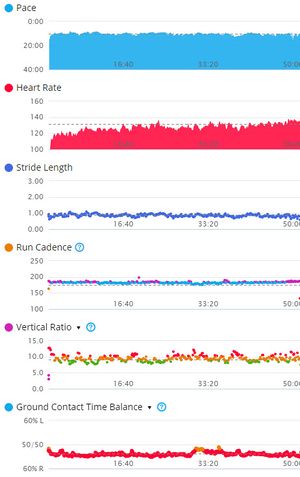 Many newer Garmin watches combined with a special chest strap (HRM-Run) will provide extra metrics that can give insight into your Running Form. The Garmin watches will provide these metrics in real time, allowing you to see the effect of changes in your form, similar to other Running Sensors. There's also a Running Dynamics Pod (RDP) that clips to the back of your waistband. These devices offer a number of metrics:

The metrics are displayed in real time on the watch, as well as being uploaded to the Garmin Connect website for later analysis.

To get the Running Dynamics you have to have a compatible chest strap, the HRM-Run. The latest version of the HRM-Run is the "HRM4", which has a different form factor to the earlier versions. The latest form factor is quite a bit smaller, and more rounded, so it's far less likely to chafe on long runs. The biggest downside to this style is that you can't unplug the transmitter from the strap, which may reduce its longevity. You can also get the HRM-Tri, which gives you both Running Dynamics, and the ability to record your heart rate while swimming. So far, I've been extremely pleased with the update, and the reduction in chafing, so I'd recommend considering this is an upgrade. 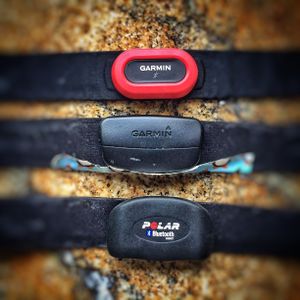