Difference between revisions of "2013 Croatan 24 Hour" 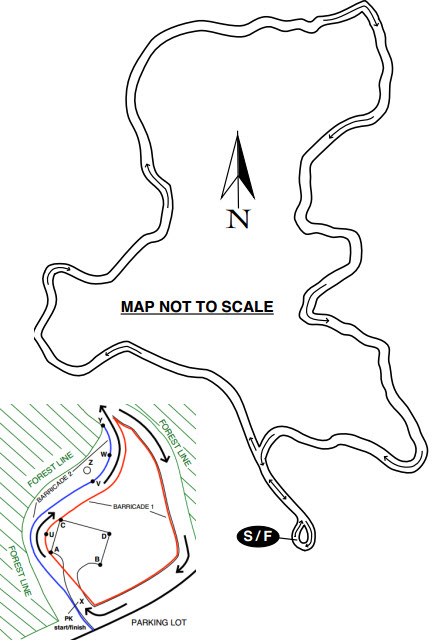 My race was pleasantly uneventful, and I rapidly found a sustainable rhythm. I had my drink located on a table at the entrance/exit to the headquarters loop, and would walk this 100 yard (100m) section while drinking, then I run the rest of the loop. After I hit 100 miles I changed socks, and walked the last few laps until the end. I had a section of tent next to the timing tent that I shared with the other competitive runners. Valmir Nunes, the elite Brazilian ultrarunner stopped after just over 100 miles with nausea and vomiting. Connie Gardner also had nausea problems after about 90 miles and had to lie down for quite some time. Connie managed a remarkable comeback to get up and continue running, winning the women's race. Cheryl Yanek had problems with blisters, but she kept going to take second in the women's race.